Top class racing but is Cheltenham the only real test of a horse?

twittering on about jump racing’s pre-occupation with all things Cheltenham.  There is no denying that the Cheltenham Festival, and indeed this weekend’s pre-Christmas meeting, offers a feast of some of the best National Hunt horses in training.  BUT not all – and to pretend this is the case would degrade the hard work of all the yards who have horses running elsewhere in the country, and all the horses who try their hardest to win.

In my comments, I have tried not to down play the importance of Cheltenham to the racing calendar – I am a fan of the place and the spectacle of racing there, but it seems 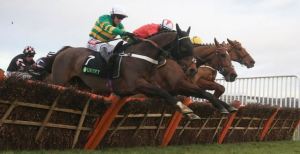 the yard stick used by the racing press and pundits is “but will the horse win at Cheltenham?”.  It was not until today that My Tent or Yours won at Cheltenham, despite having been at the top of the game for many years.  So does that mean he wasn’t a successful and highly rated horse until he succeeded today?  Does it mean that Red Rum was not arguably the best chaser over long distances because none of his wins came at Cheltenham?  Does it mean that the many prolific, hard working trainers yet to win on the Cheltenham stage are somehow “also rans”? 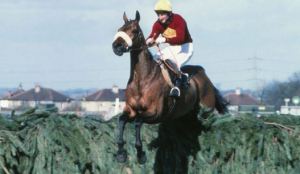 Despite never winning at Cheltenham, Red Rum can hardly be seen as a second rate chaser

Importantly, if NH racing allows everything it does to be distilled down into two weeks of racing at one track in Gloucestershire, then the public will not be interested in the less exciting meetings throughout the rest of the year.  Last Saturday, Doncaster races included two Grade 2’s – and yet it was the under card on the day and had one news item 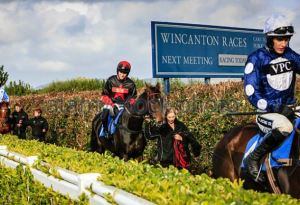 Less known tracks offer racing as exciting and as good a test for a horse.

all  the preceding week included on the Racing Post app.  By contrast, as far back as last Thursday week, pundits were writing daily about the cold snap and the effect it may have on Cheltenham.  What about Ayr, Newcastle or Uttoxeter who did have meetings called off?  Attendances are low at many jump races, particularly mid-week and it does nothing to help when the impression is that the only way to see exciting racing is to go to Cheltenham – this is clearly not the case but is a perception being projected.   Go to Towcester or Wincanton and all you get is racing akin to non-league football?  Really?

Equally importantly is the perception which owners could mistakenly be given.  Many owners, despite being fans of racing, are increasingly coming from syndicates and, thankfully, newer avenues of introduction into racing.  But if they they are repeatedly told their success is measured in having a Cheltenham horse, then their passion for the game will soon be exhausted by a mid-week placing at Fontwell Park.

National Hunt racing is a great sport – heroic, tragic, exciting and enthralling.  Not just at Cheltenham but anywhere that well trained horses compete, supported by dedicated professionals and committed owners.  Don’t let them tell you it’s Cheltenham or nothing!

One thought on “Cheltenham or bust?”